Hell week continues:
Found out late afternoon/early evening, at home, that I'd left the electricity, to a fan, turned on while I was at work.
Naturally I followed up that waste with leaving the power to wifi and tv turned on overnight.
This morning a panic meant I left the apartment late - which meant missing the train that's take me to the 7:45am office shuttle. I now have to take the usual 8:15 one.
Today was supposed to be an early in/early out day.
Now it's not

On top of it: I ran out of bread for sandwiches - today's lunch? A donut, that I was going to have for breakfast, Plus a breakfast drink (from a 6-pack that I shouldn't 've bought because it was not a'needed' item & therefore a waste of $ --which it now is not)

Yesterday I was to run a report at 4:30 -check on a balance.
But I couldn't
I kept getting a Java error, preventing the needed web page from loading.
I'd let the person expecting the report know about the problem. She was going to log in and see if she could to the report page.
After a few minutes (getting close to 5pm) I called - she hadn't tried getting in yet but she will do so & she'll call me back.
At 5pm I called her.
Left a message that I was heading out and (this is the good part) that I'd be in at 8!!

I've had some fun times this week.
(Did I mention that the Mid-Year Performance Review was due this week?) well it was and I need to start understanding WHY I'm doing things, how they fit in the grand scheme of the company...so that's me heading for a job loss :( )

Oh, I also have to stop at my younger sister's place on Saturday. No clue how I'm to get in as I have no keys. Going to assume my mom The Landlord is leaving back door unlocked. I'll call tonight to find out.

Anyways, i'm now ON the 8:15 shuttle.
Today's tiny Plus side: driver has NPR on radio.

I've been told that I don't have to stay at my desk until 5pm. I can leave earlier.

That's new for me.

And liberating.
I can leave a few minutes early, which ensures that I can catch the 5pm shuttle.
I've also been reminded that 'nothing is THAT important' that it can't wait until tomorrow. Also 'no answering the phone at 5pm' for same reason.
Tomorrow I'll start the new rules. :)
.
.
Actually, I started today - closed up & left 5 minutes early

Also the Department Head is in town for the week.
There will be a staff meeting on Thursday as well as...
Bowling.
Yup, on Thursday They'll find out if I can bowl. ^_^

around 4:45pm-ish: I sent an email to a group mailbox.
Realized it was wrong.
Recalled e-mail & sent correct
BUT someone in group read 1st email (I get a 'receipt' when e-mail's read saying who & when)
I'm locking up desk & phone wrings.
It person who read 1st email.
I correctly assumed she was going to ask which email she should pay attention to.
Incorrectly assumed that'd be the end of the call.
Missed shuttle, came across on phone as being exasperated {I was but it shouldn't have been noticeable :( }, ended up transferring the call (almost dropped it) to co-worker who'd originally asked me to send the email.
Departure time? 5:15.

(Keep in mind, folks, I go for worst case scenarios as reality HAS to be better...right?)

Heading home.
Was a great evening..almost
Questions were still being taken when I left..and 1st question was if Bill Nye could sign the guys bow-tie. Answer was "yes, but at the end" as it would create a frenzy.
It wasn't the end when I left.
Not sure what I'd of had him sign but I've missed my chance. :(

Anyways, I wasn't the only one who left before it ended & I doubt I was the last.
*
Upside: when I left, it was still light out!! :)
Love this time of year
* *
Signing off.
'Night!

Thanks to this being New England, I've gone from being overdressed to being underdressed.
Currently waiting for train to take me into Boston -again.

I arrived at my mom's before 9:00. She headed out a bit later leaving my with youngest nephew.
After playing with my younger sister's cats, we went outside for a good while. We headed in when it seemed like it would rain. Played some more with the cats and then started a game of Star Wars Monopoly.
My mom came home just when things wee getting interesting.

Apparently older sister & hubby were traveling faster than expected so we had to leave to meet up with them. Turns out oldest nephew had joined them on the walk already.
My sister was limping in pain & there was about 4 miles left to go.

Well she made it and made it back to my mom's place too. Her feet were in bad condition though.
After lunch and resting for a bit, the headed home. I stuck around -avoids going all the way home & all the way back 'into town' (aka Boston)

So I'm on train heading for night out.
Trying not to think about how I could be home on the couch, watching tv. 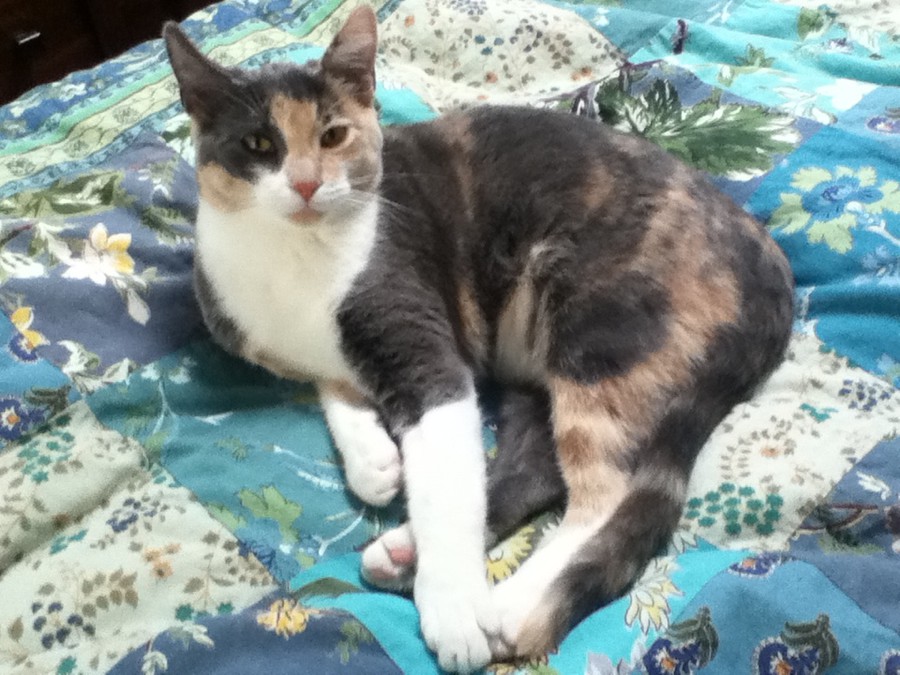 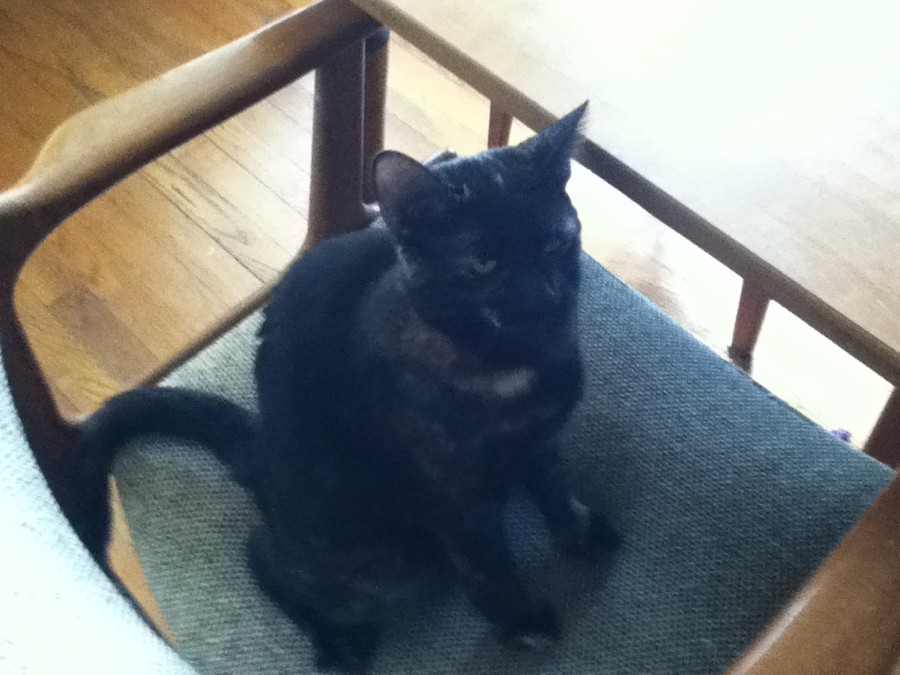 Well that was fun.
Nose started to run -but not drip, fortunately.
Bus ended up being behind a truck. My 'hat's off' to the driver as they had to maneuver large vehicle around small corners thanks to a ridiculous 'truck route'
Anyways, crowds went to 1train & I to another. Just arrived at "my mom's" stop.
Later!

I'm overdressed. Got leggings on under jeans & a sweatshirt under (ratty old) windbreaker.
I changed my outfit 3 times too
I'll be picking up a plastic bag at my mom's.
can't tell you how thrilled I am about prospect of carrying it most of the day.

It's 8am & I'm waiting for shuttle bus to next station -wasn't going to leave things to chance getting over to mom's today.

Already got text from older sister but, fortunately, it was about the shuttle bus.

Currently trapped with a lot of people heading for the Walk For Hunger.
Immediately around me is a group from a high school, doing what they do best: complain & gossip.
Ok gotta stop.
On bus!

Well 2nd doctor's appointment went well...with a small hiccup - seems the RA has done a tiny bit if damage to my right wrist.

Otherwise, I 'responded well' to the steroid. I'm now on Methotrexate. If I do well on it, I'll be taken off the Prednisone/steroid. Wish I hadn't read anything about the problems people had/have getting off of it :(

I'll be going in for check-ups every month.

...my budget's going to be stretched to the tightest it's ever been. Next year I'll reduce the donation amounts I've been getting deducted from my paycheck. Hopefully that'll help.

...
My mom drove me to the appointment. She's been great.
After getting through the appointment, another x-ray (chest this time), and blood tests, we stopped at her place for a bit so I got to say hello to younger sister -she'd just got back from a trip to Seattle.

After that it was back to my place to check for a phone message from doctor. I couldn't start taking the Metho until test results came back. Unfortunately, I'd forgotten that Verizon had changed the voice-mail system so it took a bit before I could access it. Turns out there were several messages waiting, including a few from the doctor's office asking if I could come in at 8, not 9.
It was fortunate that we still arrived 1/2hr early for the 9am.

Anyways... Got go ahead for the Metho only got a call from pharmacy: they didn't have any in stock and wouldn't be able to get any until Tuesday. Some pharmacy.

Had them call around to other pharmacies to find one that had it in stock.
Then it was drive to get that - only noone transferred the prescription so had to wait while it was filled.

After that it was back to 1st pharmacy to get a prescription of Folic Acid (replaces what the Metho takes out) but since FA is sold over counter no insurance discount :(

So all prescription are filled.
And my kitchen re-organized - thanks to mom. I now have a cleared counter-top.
And Mint. I'm hopeful that it survives.

After all that time putting tags, summaries/descriptions on 1/3rd of all the fics I've bookmarked and I've just discovered that NONE of the tags copied over with the bookmarks!!
All that work!!!!

I have no idea to get the bookmark Tags transferred.

Would one of you know?
If so, please, let me know.
I can't believe I might have to redo all the tags